TSE stands for Transmissible Spongiform Encephalopathies (transferable sponge-like brain diseases). It is common to all TSE-diseases that they are triggered by animals ingesting a protein, called a prion, through their feed. This prion, PrPsc (scrapie- associated prion protein), is folded abnormally and provokes abnormal folding of the organism’s own prion material, thereby starting a chain-reaction by which more and more PrPsc is formed. As the abnormal prion material is not flushed out, and the body’s enzyme systems cannot break down the misfolded proteins, the material accumulates. In cattle, the misfolded protein accumulates particularly in the nerve tissues of the central nervous system.

TSE-related disease
TSE disease has been known since 1700s, when it was known as scrapie and was limited to sheep. The disease itself does not resemble the general concept of infections, in that the infective agent contains no nucleic acids. Briefly, this means that the infective agent cannot be characterized as living (like bacteria and fungi, for example) or even anything close to that (such as virus). The TSE-agent consists of so-called prions, which are a special kind of stable protein. When it enters an organism, it can be seen that it is to be found in increasing amounts around the spine. The expression spongiform encephalopathy refers to the appearance of the brain in an infected individual. Autopsy shows that an infected brain is spongey and full of holes.

Hard to trace
One of the problems with TSE-disease is that the prions cannot readily be traced by tissue analysis before the disease becomes active. As the prions are not foreign bodies in the general sense, the body does not manufacture antibodies, so normal serum analysis is useless. Therefore it is impossible to check apparently healthy cattle herds in order to pre-empt a disease outbreak. Once the breakdown of brain tissue has started, the “holes” in the tissue can be seen using CT- or MR-scanning, while the markedly reduced electrical activity in the brain can be measured by EEG-scanning. However, these methods do not give full certainty, so the only 100% reliable way to test an individual for the TSE-agent is to carry out a post mortem brain autopsy.

Investigations have shown that infection can also to some extent be transmitted vertically, that is from mother to child, which is often seen particularly in BSE. Source: Wikipedia and the Danish Veterinary and Food Administration (Fødevarestyrelsen)

The protein is called a prion and can under certain circumstances change structure and function, so that it becomes more resistant to being broken down and results in cell death and decay of brain tissue. This means that, under microscopic examination, the brain has a sponge-like appearance. From this comes the scientific name for the disease “spongiform encephalopathy”, which means spongey brain disease. It is also characteristic for the disease that there is a long period of time between the animal being infected and the development of visible signs of disease. In the case of mad cow disease it is usually 5-8 years.

Animal by-products and waste products can pose a potential risk to human and animal health and therefore must be handled responsibly.

Mad cow disease is not passed on from animal to animal, but only through feed. However, some studies show that mad cow disease may in rare cases pass from cow to calf, if the cow is in that phase of infection which comes just before symptoms of the disease become visible.

Mad cow disease spread in the 1980s and 1990s from the UK to a number of other countries through export of live animals and of meat- and bone-meal. Mad cow disease is found in all the old EU-countries and some of the more recent EU-Member States.

How widespread is BSE in other countries?
All EU-countries (except Sweden) have reported BSE cases. Outside the EU, BSE has been reported in the following countries: Lichtenstein, Switzerland, Slovenia, Slovakia, the Czech Republic, Poland, Israel, Japan and Canada. The largest numbers of cases outside the UK have been found in Portugal, France, and Ireland. Source: the Danish Veterinary and Food Administration (Fødevarestyrelsen)

There are obvious advantages to use of serum-free nutrient media: it is acceptable from an animal ethical viewpoint and it gives reliable and reproducible results from the scientific point of view, as the content of non-animal nutrient media can be defined – in contrast to foetal calf serum. This is of benefit to the animals, to research and to the development of new in vitro test methods. 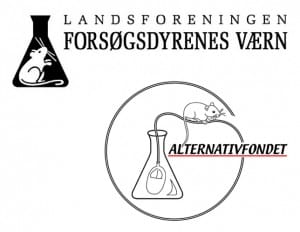